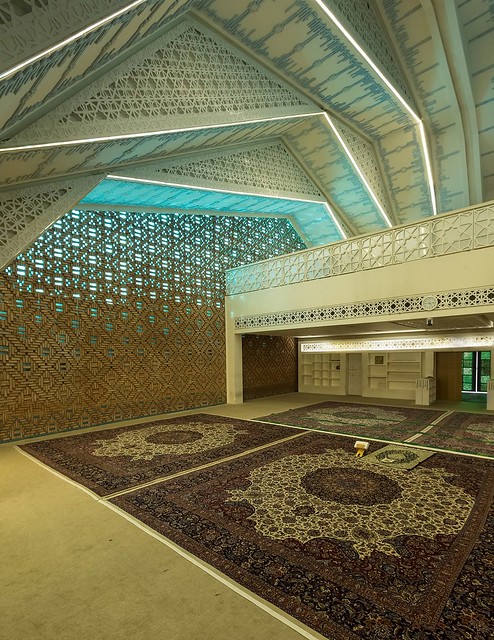 From the architect. The location of the Emam Reza religious and cultural complex in the cultural zone of Tehran (the capital of Iran) oriented the project towards creating an urban space for social interaction and participation of different generations and social groups.

The main idea of correlation and interrelationship between different social groups and encouraging the presence of the new generation in the complex, is reflected in the final form of the Shabestan which was shaped by the idea of interlocking hands as a symbol of unity and social cohesion. Following this main form, the side wings of the building with the supplementary functions rise from and rest on the ground to create an innovative form visually.

The main form of the Shabestan, with the grandeur of a religious space, provides the opportunity of a unique experience to fulfill the immemorial ambition to connect with the Creator and feel the symbolic form of the dome. This immediate and elucidate connection is also formed by a sunken courtyard as one of the characteristics of Persian architecture, which allows the users to get away from the exterior crowd and perceive the building in a tranquil space.

Also, the presence of water increases the transparency of the design. This space not only makes the separation from the everyday life possible but also participates in the process of meaning transference.

The complex consists of various functional zones such as a mosque, an art gallery, a bookstore coffee shop, an amphitheater, and an IT center, all of them designed in a unified form.

Besides, the usersí presence and the possible movement in different spaces are enhanced by lateral corridors alongside the Shabestan, in order to extend the surrounding urban spaces into the project and bring life to it.

In construction of the project, there are some references to social identity of the users to evoke their memories from the Islamic and Persian architectural history.

Bricks used in the walls of the corridors and Shabestan together with glass, express the symbolic ascending movement from earth to light. The handmade glass covering the main dome is engraved with the names of God and starts from a face to face connection with the prayers and culminates to sky along the dome.

Another symbol, the statue of cedar, which in Persian culture represents constancy, life, and freedom, is used in the project as a land mark. 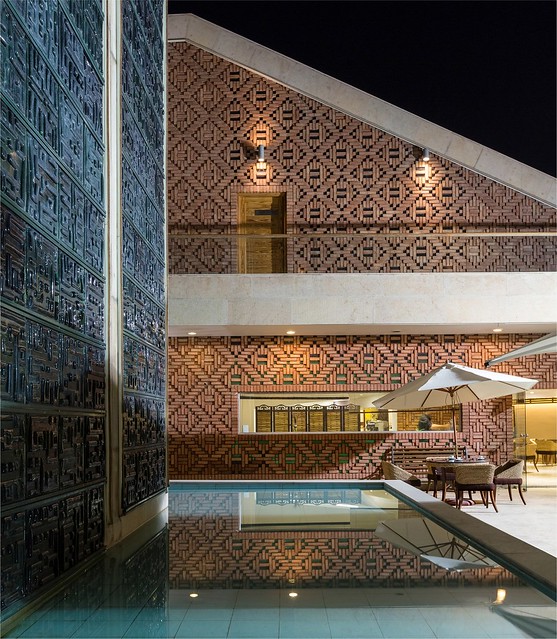 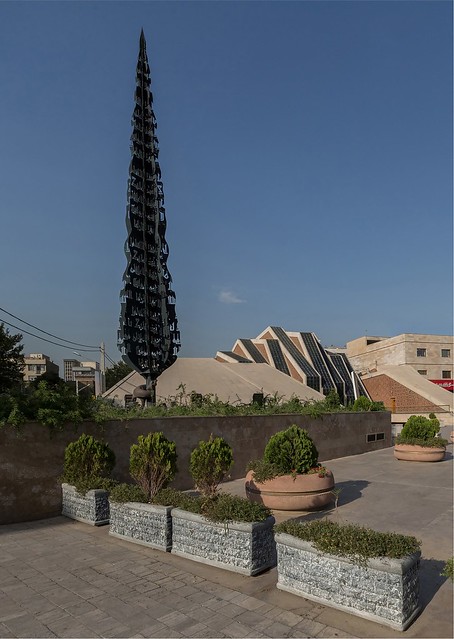 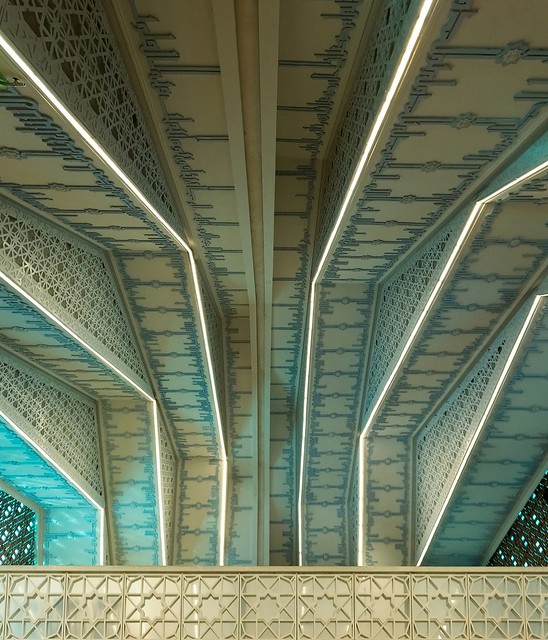 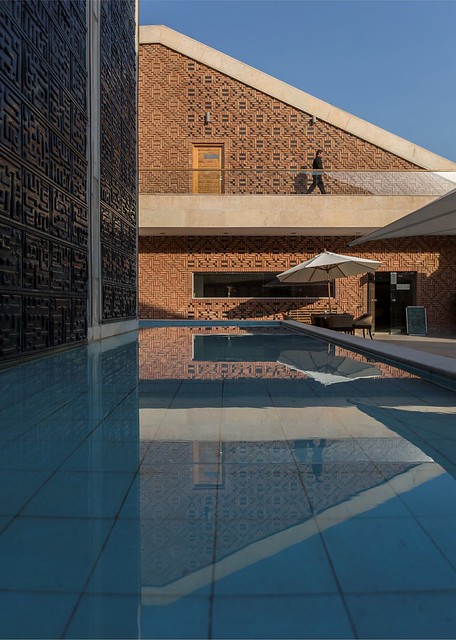 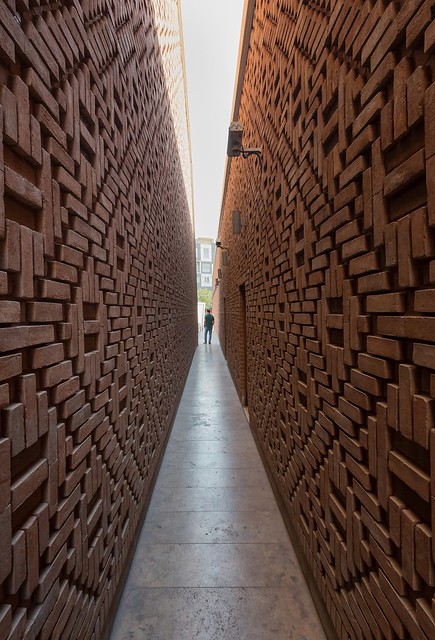 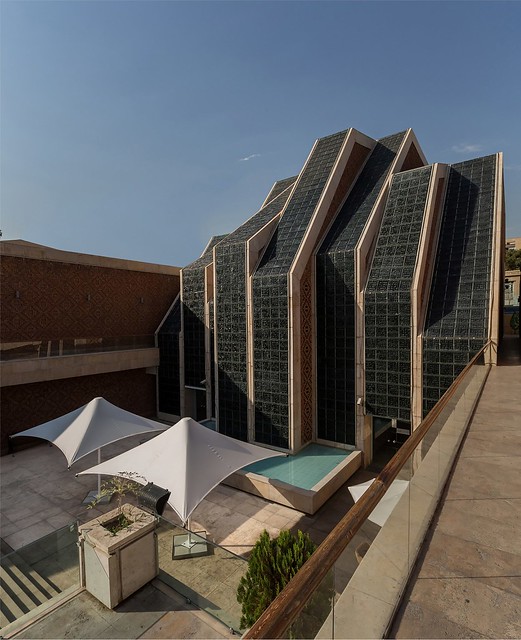 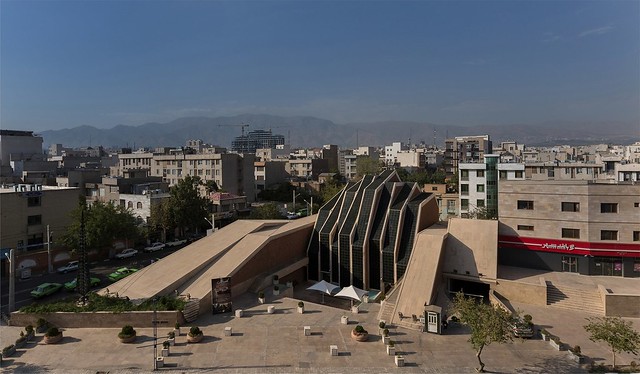 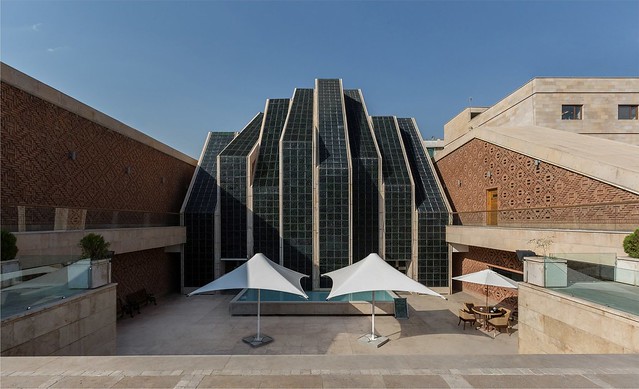 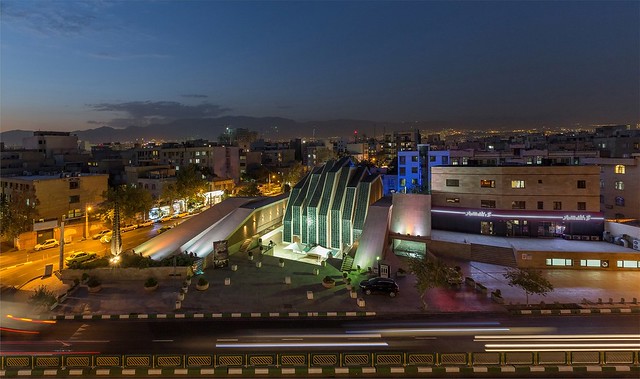 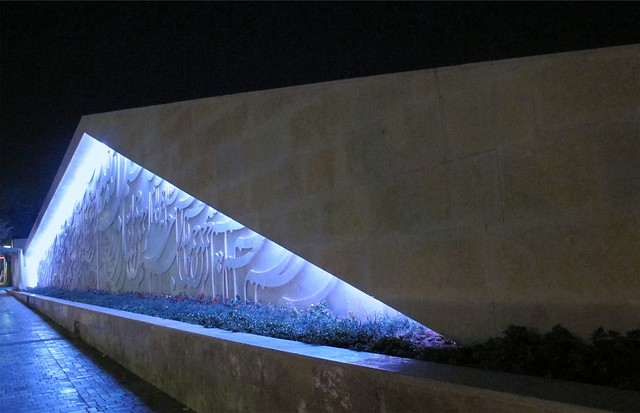 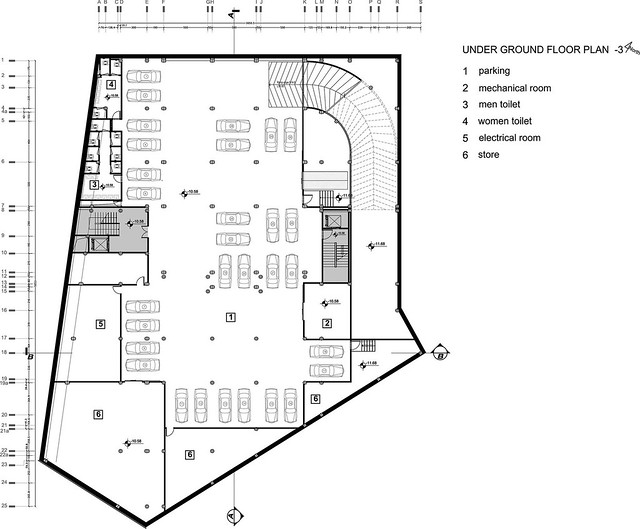 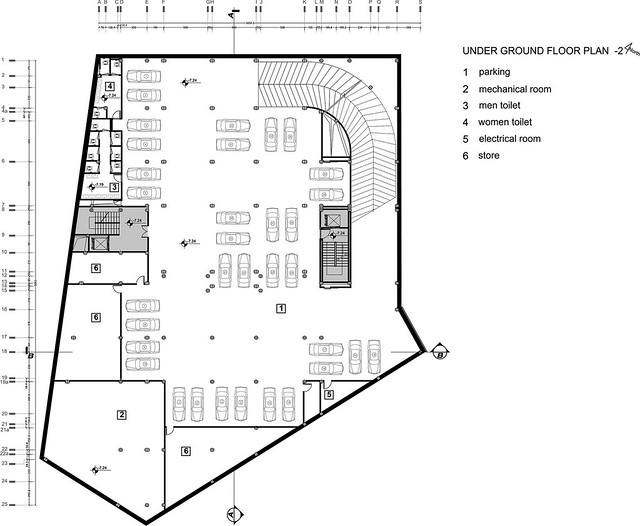 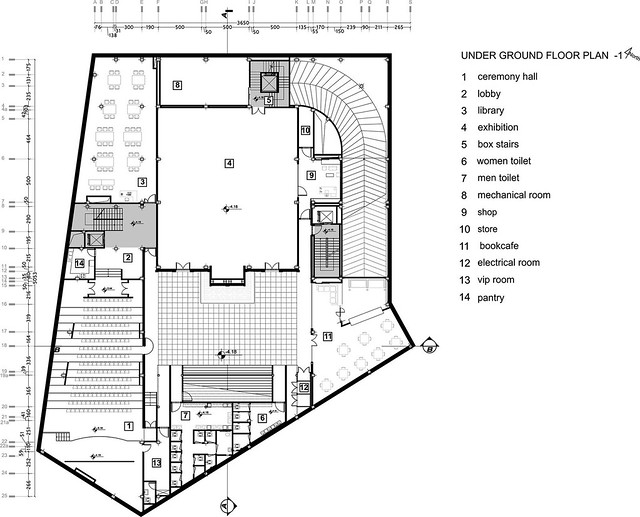 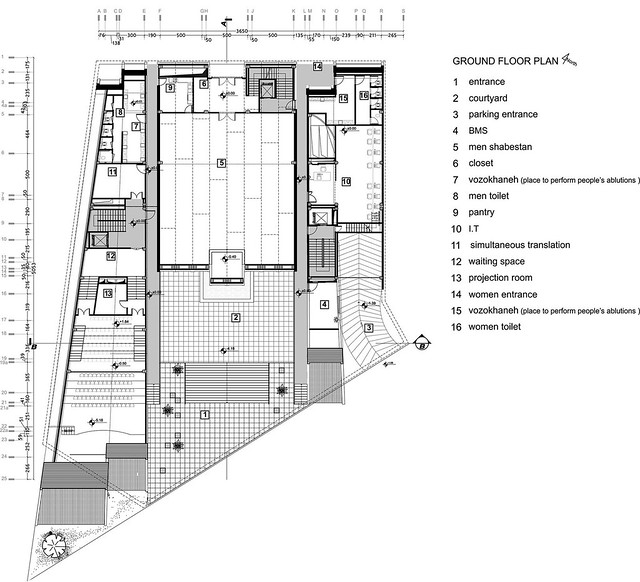 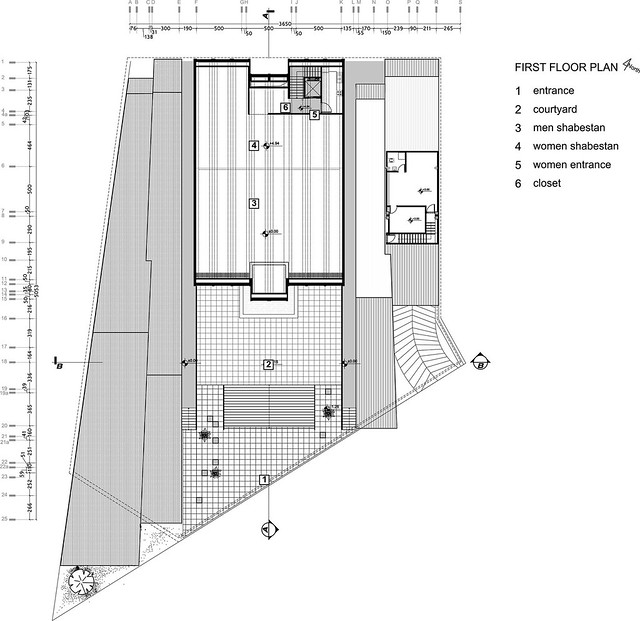 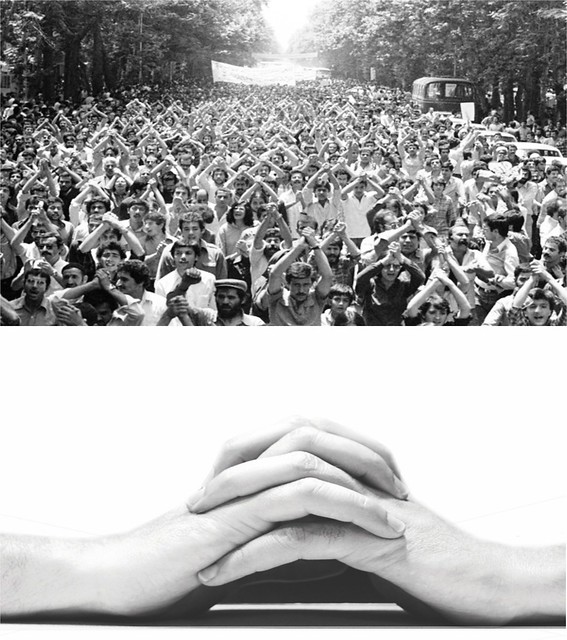 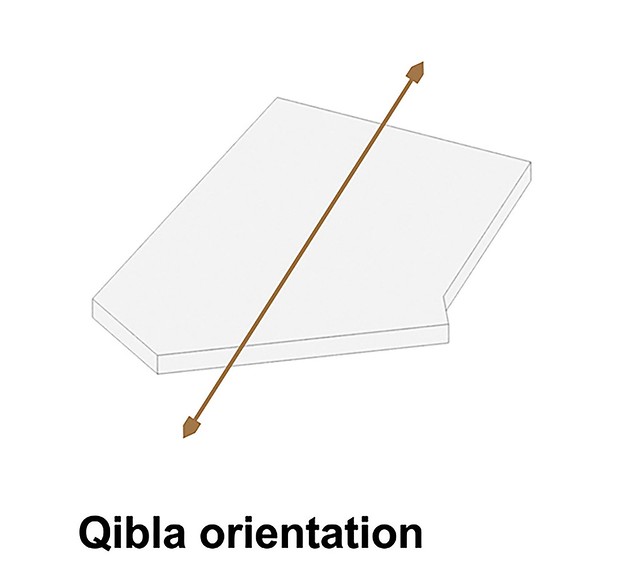 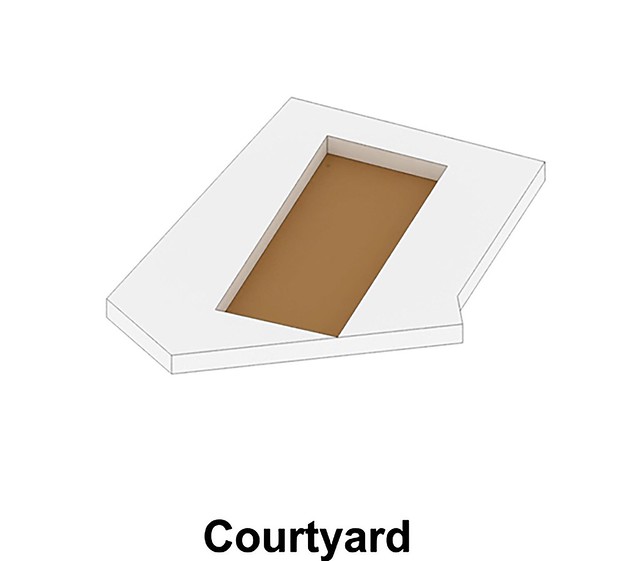 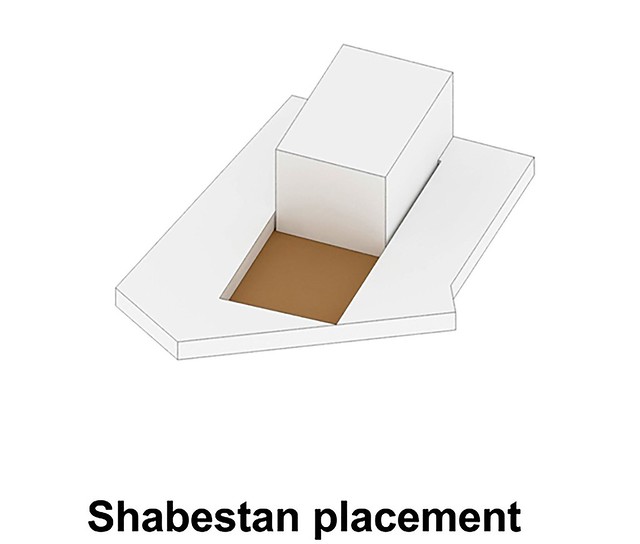 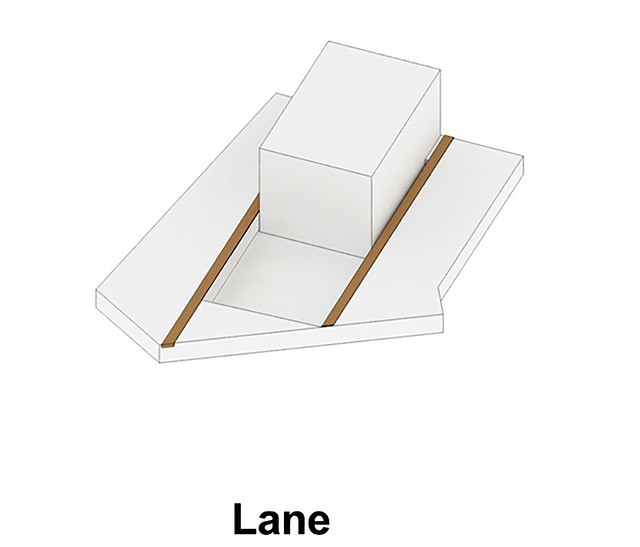 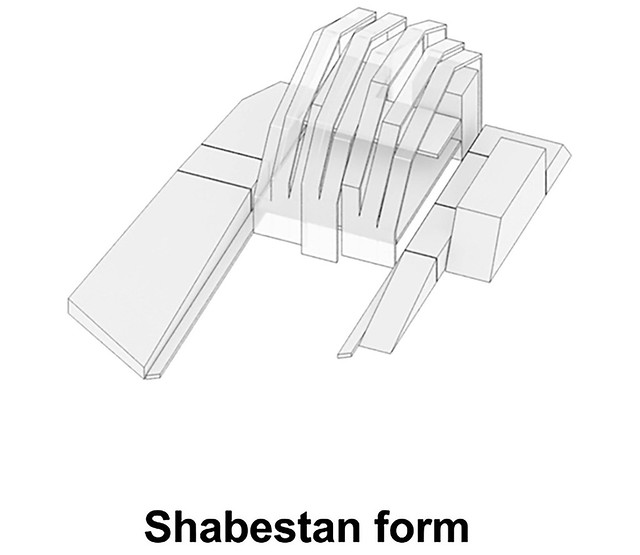 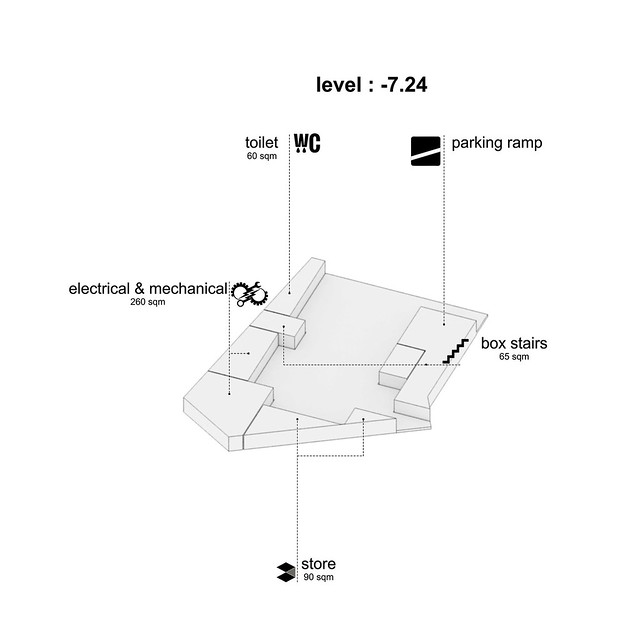 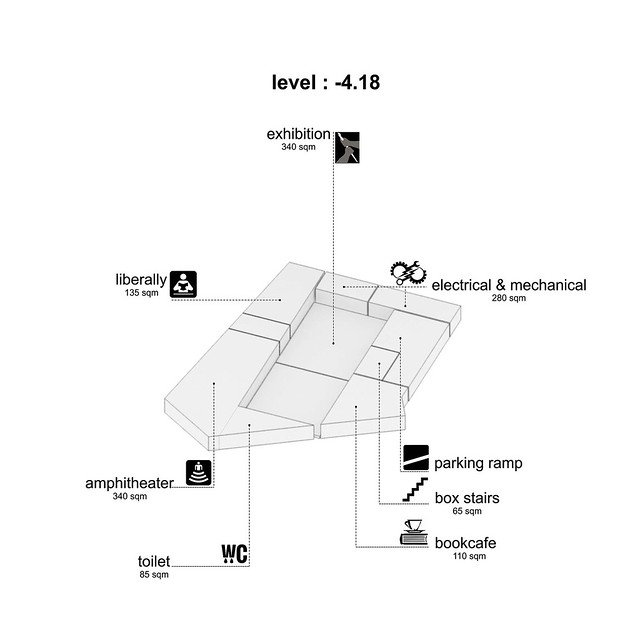 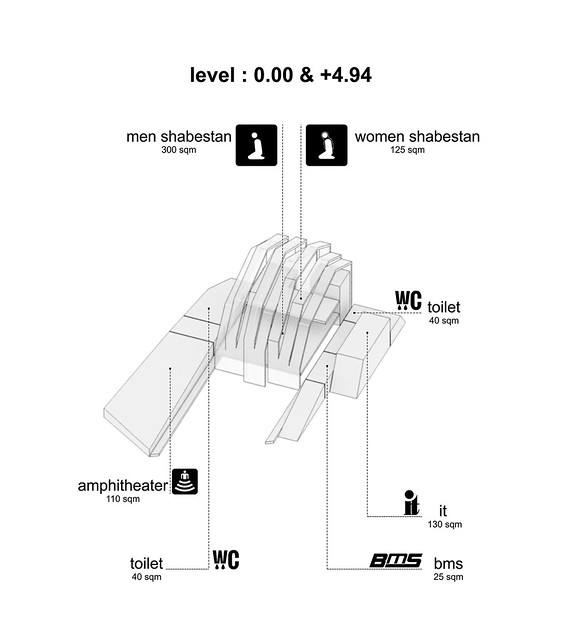